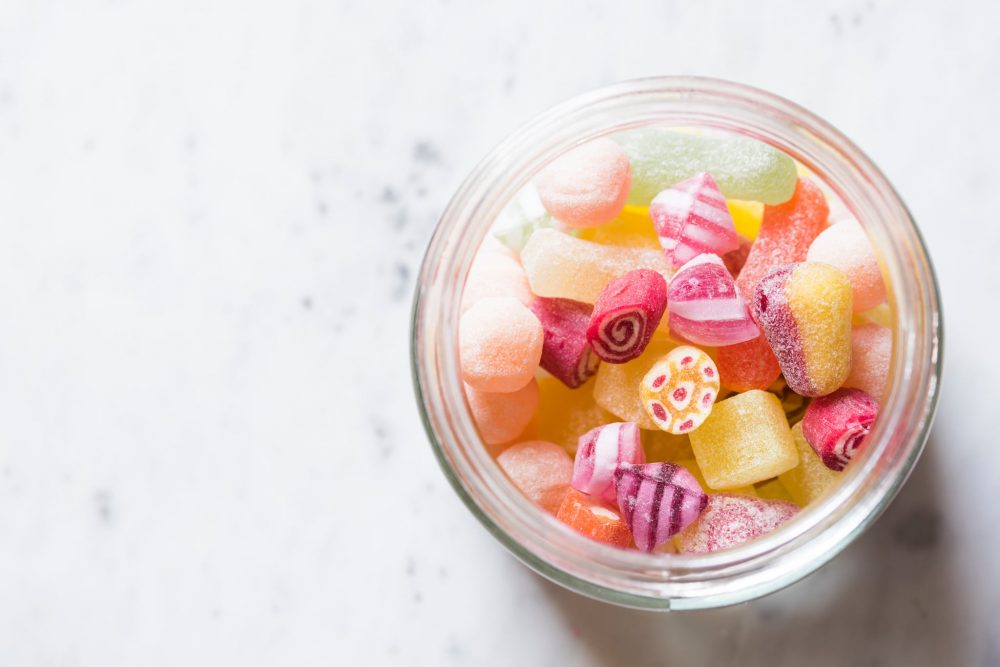 Have you ever picked up a low calorie or low carb snack, checked out the nutritional information and thought to yourself “this seems too good to be true”? Well in most cases, unfortunately, it is!

Whilst clever marketing of products claiming “low-carb” or “minimal calories” may hook those of us in who are trying to lose fat, limit our carb intake or tracking our macros, all too often these products are hiding sneaky hidden truths. There has been lots of exciting new low carb snacks pop up recently, but when you add up the calories according to the macronutrients they contain…they just don’t add up! The culprit: sugar alcohols.

What are sugar alcohols?

Sugar alcohols occur naturally in a wide variety of fruits and vegetables, but they are also produced from carbohydrates. Despite the name, sugar alcohols aren’t actually sugars or alcohols. Instead, they are carbohydrates that have a chemical structure similar to sugar and alcohol. They are commonly used as sugar replacers in diet and health-oriented foods and are often found in many lower-calorie and sugar-free foods like energy bars, icecream, pudding, frosting, cakes, cookies, lollies, and jams. Some commonly used sugar alcohols include: erythritol, isomalt, maltitol, mannitol, sorbitol, and xylitol.

What is the difference between sugar alcohols and “normal” carbs?

This is when you might see the words “net carbs” used on food packaging. To calculate net carbs, fibre and sugar alcohols are subtracted from the total carbohydrate amount listed on the nutrition label of a food.

For example, let’s say a protein bar contains 20g of total carbs, but 10 of those carbs are fibre and 5 are sugar alcohols. When we subtract the fibre (10g) and sugar alcohols (5g) from the total carbs (20g) we end up with 5g of “net carbs”.

The theory behind this is that fibre and sugar alcohols do not significantly affect blood sugar like other sources of carbohydrates, and therefore they don’t “count”. But they still contain calories! This can contribute to people not losing weight despite following their “macros” perfectly, and upon analysis of what they are eating, it is common to find a product with “net carbs” affecting their results.

What are the benefits?

Sugar alcohols also provide fewer calories than sugar, so they may be beneficial for people trying to lose weight by reducing their calorie intake.

Another possible benefit of sugar alcohols is related to how the body processes them. As they are not fully absorbed and digested by the body, they result in less of an increase in blood sugar. Foods sweetened with sugar alcohols can allow diabetics to maintain better blood sugar control while still enjoying sweet treats!

Sugar alcohols also offer potential benefits for oral health. Bacteria that live in the mouth do not feed on sugar alcohols, so they do not cause tooth decay like regular sugar. In fact, xylitol is commonly added to chewing gums and other oral care products to prevent tooth decay and dry mouth.

Do they have any side effects?

Sugar alcohols pass through the small intestine and are fermented by bacteria in the large intestine. As a result, overconsumption may produce abdominal gas and discomfort in some people. For people with irritable bowel syndrome (IBS), sugar alcohols are one type of short-chain carbohydrate that may provoke symptoms. Total daily consumption should be considered since it is the total intake that is responsible for these effects. As a result, foods that contain certain sugar alcohols and that are likely to be eaten in amounts that could produce such an effect must contain the statement “excess consumption may have a laxative effect” on the label.

How do you track them?

The easiest way to do this is to look at the total calories of the product. For example a protein bar may contain 210 calories, with macros stated as 20g protein, 6g fat and 5g carbs.

Time for a little bit of maths! We know that each macro provides a certain amount of calories per gram:

So if we add up the calories of the amount of each macro in the protein bar, we only get the following number:

But the protein bar contains 210 calories so we have some calories that aren’t accounted for:

There are 56 calories contained in the bar that are from fiber/sugar alcohols. So now all we need to do is divide 56 by 4 calories/gram to give us the amount of extra carbohydrates in the product:

This is really only important if you are tracking your carb intake. If you are only tracking your calories and protein (which is what I do myself and recommend for most of my clients) then you don’t really need to worry about it as your total calorie count will still be correct.

Take away message: I want to make it clear that there is absolutely no issue with consuming these foods! I personally consume them on a regular basis! But I recommend you check the nutrition label of foods and ignore the marketing hype words like “low carb”, “low sugar” or “net carbs” to ensure you are tracking your calorie intake correctly! Education = empowerment!

For exclusive tips, recipes, workouts and advice, fill in your details below to be added to the list!

Here's what you need to do to win!

Note: Must be an Australian resident aged over 16 years.

Send this to friend