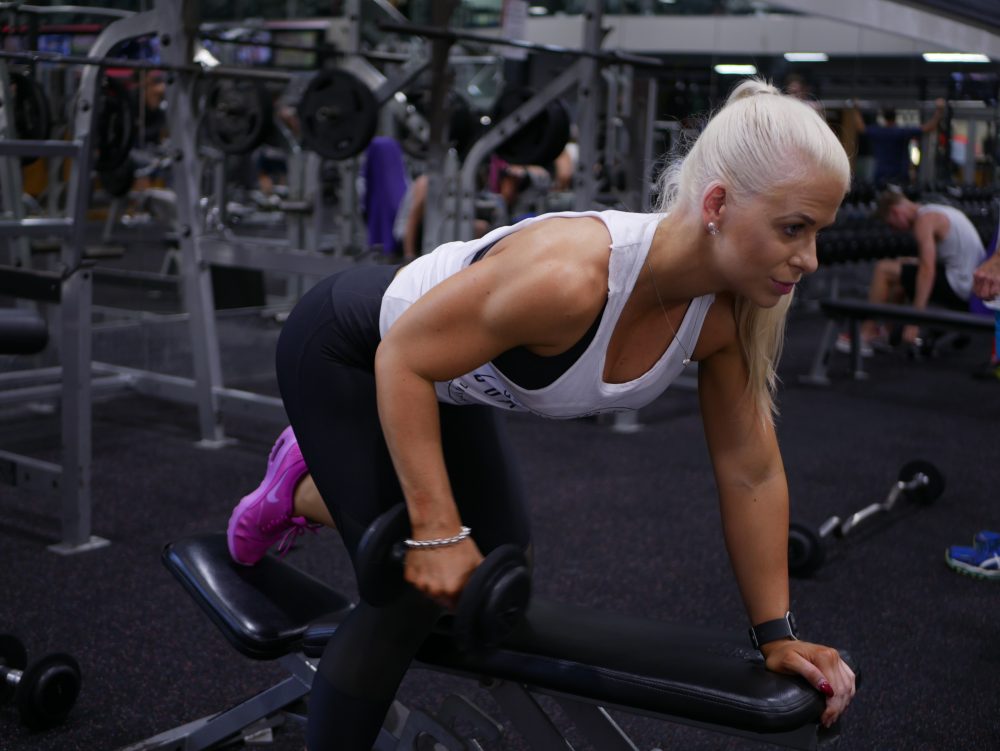 Most of us have experienced that “pain” after an intense workout, that makes even the simplest of daily tasks a struggle (for example, sitting on the toilet after leg day). But what exactly causes this pain and is it a bad thing?

This localised pain is referred to as DOMS, or Delayed Onset Muscle Soreness and is usually experienced 10-12 hours after your training session, and peaks at 24-72 hours afterwards before subsiding. The pain is typically felt only when the muscle is stretched, contracted or put under pressure, not when it is at rest.

The soreness is predominantly caused by eccentric (lengthening) contractions of the muscle. It is generally in response to unaccustomed training (eg. beginners or adding in a new exercise into your program) or particularly strenuous training. After such exercise, the muscle adapts rapidly to prevent muscle damage, and thereby soreness, if the exercise is repeated.

It was once thought that DOMS were caused by a build up of lactic acid and toxic metabolic waste products in the muscle, however this theory has been superseded. Research has shown that DOMS appears to be “a product of inflammation caused by microscopic tears in the connective tissue elements that sensitise nociceptors and thereby heighten the sensations of pain.” In other words, DOMS appears to occur due to inflammation from microtrauma to the connective tissue.

CAN YOU STILL TRAIN WHILE EXPERIENCING DOMS?

Continued use of the sore muscle also has no adverse effect on recovery from soreness and does not exacerbate muscle damage.  You may find however, that your performance will be affected in two ways:

Extreme or constant muscle soreness can be counterproductive to long term muscle building prospects and can affect your motivation to continue training.

SO ARE DOMS BAD?

Not necessarily. After performing an unaccustomed eccentric exercise and exhibiting severe soreness, the muscle rapidly adapts to reduce further damage from the same exercise. As a result, pain and other indicators of muscle damage, such as swelling, reduced strength and reduced range of motion, are less intense the next time you train.

Muscle damage is one of the key factors in muscle hypertrophy (building muscle), however, you don’t need to experience muscle soreness after a training session to build muscle, and you probably shouldn’t rely on it as an accurate indicator of the effectiveness of that session. Studies have shown that DOMS are not associated with muscle growth and in most cases you get better growth with less DOMS.  For example, people who train very infrequently or train each body part only once per week often report intense DOMS, however, many of them struggle to build muscle. In contrast, those who train more frequently (i.e. 2-3 times/week per muscle group) always report less DOMS but observe more muscle growth.

HOW DO YOU PREVENT DOMS?

One of the best ways to reduce the severity of DOMS is to progress slowly when starting a new program. Allowing the muscle time to adapt to new stress should help to minimise the severity of symptoms, but it is unlikely that soreness can be avoided altogether.

HOW DO YOU TREAT DOMS?

DOMS symptoms usually subside 3-7 days after activity and do not typically necessitate the need for medical intervention. If the pain level becomes debilitating, if limbs experience heavy swelling or if urine becomes dark, then medical consultation is advisable. Some studies show that measures that increases blood flow to the muscle, such as low-intensity activity (such as walking, cycling, swimming or yoga), massage, hot baths, or sauna can help to relieve the symptoms to a degree.

If you have any more questions relating to muscle soreness and training then please feel free to contact me!

For exclusive tips, recipes, workouts and advice, fill in your details below to be added to the list!

Here's what you need to do to win!

Note: Must be an Australian resident aged over 16 years.

Send this to friend